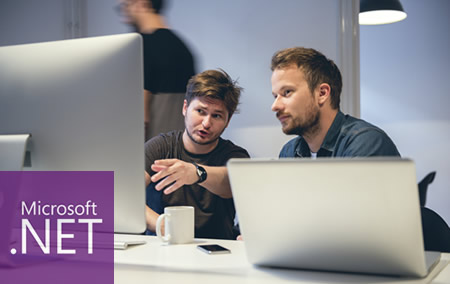 Most human-machine interfaces today consist of using an artificial control device (a mouse or keyboard), whose operation must be learned over time. These interfaces are called “command-line” (CLI) or “graphical” user interfaces (GUI). A Natural User Interface (NUI) is a practice implemented by designers and developers to create interfaces that are invisible and seamless to the user (an overarching design strategy in IOS). The user is able to learn complex operations and traverse from a novice to expert, as the interface remains invisible.

In this session, we will look at implementing our own NUI design using a Reality Based User Interface.

Reuben Ahmed has been working in the Microsoft space since .NET 1 was in beta (15 years ago). He is an avid landscaper and has recently acquired the unmanned air vehicles (UAV/drones) hobby. He enjoys connecting technologies together. In prior presentations, he showed how space invaders could be programmed in 60 minutes using the XNA framework, and in another - how the Microsoft Kinect could be used to play Solitaire in thin air.

Register
About Azure SIG
The Cleveland Azure Special Interest Group (Azure SIG) (formerly the Cleveland .NET SIG) was founded in a partnership between Bennett Adelson and Microsoft 20 years ago. The SIG has become the forum for Azure collaboration and instruction from some of the brightest minds in the region. The organization was founded to provide enterprise customers and community with educational support on the Azure cloud platform. The group meetings consist of architecture and implementation focused, content-rich presentations and interactive discussions with demos. The audience ranges from Azure experts to those decision makers, infrastructure engineers, and developers that are getting their first glimpse of the cloud.
Past Events
All Events
Azure SIG
Cleveland SharePoint Roundtable
Columbus SharePoint Roundtable
CRM User Group
F# SIG
Microsoft Event
Office 365
SQL SIG
System Center Roadshow
System Center SIG
Webcast Series
Windows
Copyright © 2022 Bennett Adelson